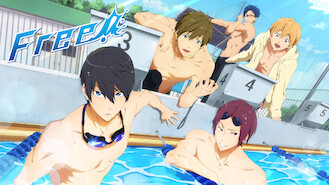 Not in Germany but still want to watch Free!?
No Problem!

After going their separate ways, four childhood friends now in high school reunite to restore the Iwatobi Swim Club back to its former glory. They're always arguing about who is the fastest. It's time to jump in and let their swim times do the talking.