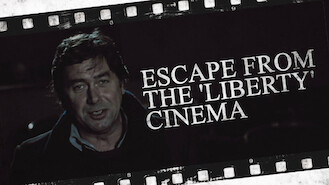 Not in Germany but still want to watch Escape from the "Liberty" Cinema?
No Problem!

Escape from the "Liberty" Cinema

Artistic rebellion ignites at the movies when film characters suddenly speak freely to the audience, prompting a surly censor to combat the uprising.