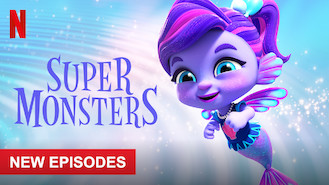 Not in Germany but still want to watch Super Monsters?
No Problem!

Preschool kids whose parents are the world's most famous monsters try to master their special powers while preparing for kindergarten. The kids at Pitchfork Pines Preschool are just like you. The only difference is ... they're absolute monsters!