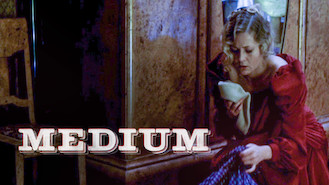 Not in Germany but still want to watch Medium?
No Problem!

In 1930s Poland, a powerful psychic steers a group of strangers toward a fated convergence that ensures survival for one and annihilation for others. Four diverse souls find themselves caught in a cycle of violence and reincarnation under the shadow of Nazi occupation.