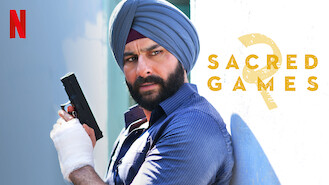 Not in Germany but still want to watch Sacred Games?
No Problem!

A link in their pasts leads an honest cop to a fugitive gang boss, whose cryptic warning spurs the officer on a quest to save Mumbai from cataclysm. A cynical police officer chasing answers. An underworld hell-bent on destruction. And a city caught in the crossfire.