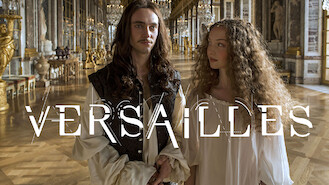 Not in Germany but still want to watch Versailles?
No Problem!

King Louis XIV of France commissions a lavish palace that becomes a fierce battleground for love and politics -- and a gilded prison for nobility. A young, wily king and his golden château. The affairs inside these walls will trump the most scandalous soap opera.