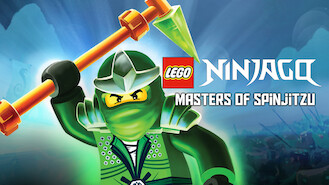 Not in Hong Kong but still want to watch LEGO Ninjago: Masters of Spinjitzu?
No Problem!

Kai, Jay, Cole and Zane must master their elemental powers and Spinjitzu weapons to protect the land of Ninjago, which also has an underworld. Five golden weapons were forged in the heavens above. With them, a ninja master has the power to create -- or destroy!