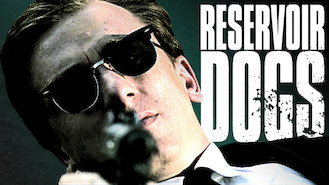 Not in Hong Kong but still want to watch Reservoir Dogs?
No Problem!

In Quentin Tarantino's raw directorial debut, a botched robbery indicates a police informant, and pressure mounts in the aftermath at a warehouse. When crooks get caught in the crossfire, deception feels like a shot to the gut and loyalty is a deathtrap.