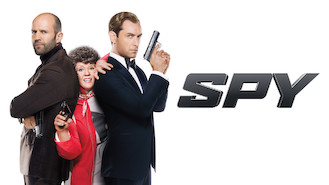 Not in Hong Kong but still want to watch Spy?
No Problem!

When her partner is killed and a list of active agents is stolen, a dowdy CIA analyst is thrust into active duty despite her lack of field experience. She's got the training and intelligence but she lacks the look and confidence of a spy. Until someone kills her partner.