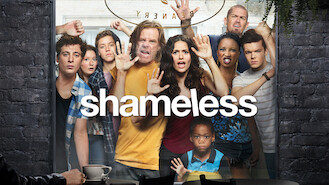 Not in Ireland but still want to watch Shameless (U.S.)?
No Problem!