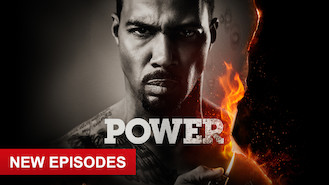 Not in Ireland but still want to watch Power?
No Problem!

In this absorbing crime drama, a successful and well-liked nightclub owner moonlights as a drug dealer to New York City's A-list users. He wants to escape the secret life of crime he's been living. His wealthy, powerful clientele have other ideas.