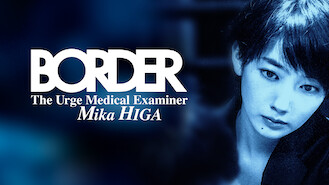 Not in Japan but still want to watch BORDER The Urge Medical Examiner Mika...?
No Problem!

Before becoming a coroner for the Metropolitan Police, Mika Higa was an undervalued university forensic assistant investigating a series of murders. Her work has gone unrecognized with her boss taking all the credit -- until now. She has a job to do, and a killer to expose.