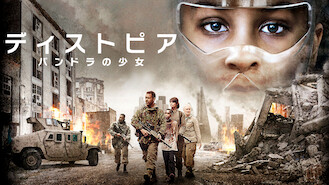 Not in Japan but still want to watch The Girl with All the Gifts?
No Problem!

The Girl with All the Gifts

As a virulent fungus turns humanity into zombies, a band of survivors flees with a curiously evolved zombie girl who may hold the key to a cure. For these survivors, the zombie onslaught could be the end of the world. But for one girl, it could be a new beginning.