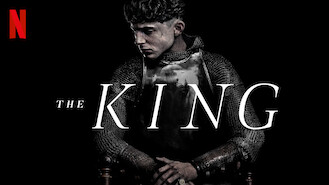 Not in Japan but still want to watch The King?
No Problem!

Wayward Prince Hal must turn from carouser to warrior king as he faces hostilities from inside and outside the castle walls in the battle for England. Yesterday, he was a drunken fool. Today, he's king. With the crown heavy on his head, he holds England's fate in his hands.

GenresMovies Based on Real Life | Biographical Movies | US Movies