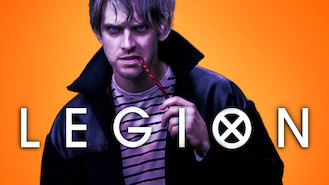 Not in Japan but still want to watch Legion?
No Problem!

Troubled by unsettling visions, young David Haller begins piecing together his fragmented memories and realizes he may have special powers. To unlock his telekinetic powers, he must first conquer the dangerous and conflicted terrain of his own mind.