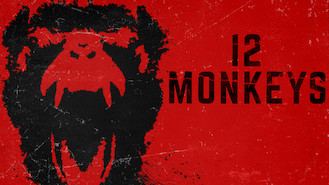 Not in Luxembourg but still want to watch 12 Monkeys?
No Problem!

In a post-apocalyptic future, a time traveler uses his powers to return to the present and try to stop the plague that is about to decimate humankind. He's traveling through time to stop a biological catastrophe. But finding out what really happened is going to be crazy.