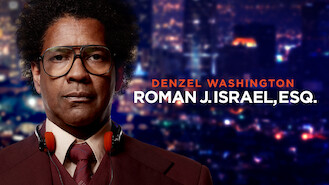 Not in Netherlands but still want to watch Roman J. Israel, Esq.?
No Problem!

A savant-like civil rights defense attorney is faced with an enormous moral decision when his simple, ossified life is thrown into turmoil. A brilliant mind and a small office were all he needed to fight corruption from behind the curtain -- until now.