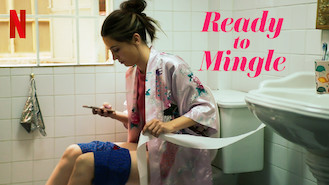 Not in Netherlands but still want to watch Ready to Mingle?
No Problem!

After the man she thought she'd marry breaks up with her, Ana joins a class for single women who are in search of a husband. She walked into the class single. She wanted to walk out engaged. No matter the cost. Or the husband.