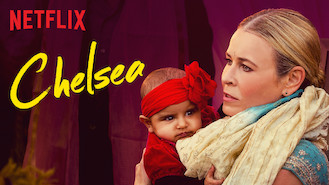 Not in Netherlands but still want to watch Chelsea?
No Problem!

It's not her first talk show, but it is a first of its kind. Ideas, people and places that fascinate her, all in her unique style. She's funny. Fearless. Full of questions. And there's no telling how far she'll go in an entirely new kind of talk show.