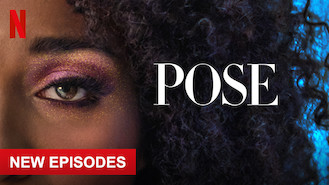 Not in Netherlands but still want to watch Pose?
No Problem!

In 1987 New York, LGBTQ ball fixture Blanca starts her own house, soon becoming mother to a gifted dancer and a sex worker in love with a yuppie client. Life has an expiration date. So she's gonna put on her face and finery. And live. With all the realness she can bring.