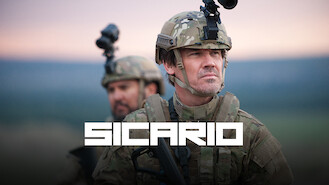 Not in New Zealand but still want to watch Sicario?
No Problem!

An FBI agent takes part in an undercover operation targeting a Mexican drug lord, but her ethics are challenged when the sting crosses the line. To enforce the law, be prepared to act outside it. A federal agent in the drug war is about to learn that the hard way.