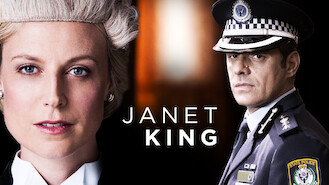 Not in New Zealand but still want to watch Janet King?
No Problem!

This spinoff of "Crownies" follows the senior crown prosecutor on the case of a high-ranking police officer who assisted in his wife's suicide. She's just gotten back to work from maternity leave, but crime doesn't give her any time to catch up.