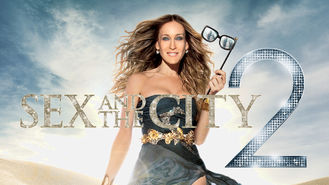 Not in Philippines but still want to watch Sex and the City 2?
No Problem!

Sex and the City 2

Gal pals Carrie, Charlotte, Samantha and Miranda embark on a much-needed vacation to exotic Abu Dhabi. Even New York's four queens of fabulosity need a break. Abu Dhabi should do ... if they don't mind the culture shock.