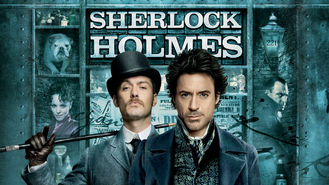 Not in Philippines but still want to watch Sherlock Holmes?
No Problem!

Robert Downey Jr. stars as the legendary sleuth Sherlock Holmes in this Guy Ritchie-helmed reinvention of Sir Arthur Conan Doyle's detective series. Sherlock Holmes has never met an opponent who could outwit him. Then again, all the other opponents were alive.