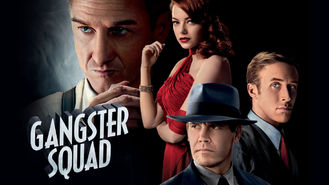 Not in Philippines but still want to watch Gangster Squad?
No Problem!

When notorious East Coast mob boss Mickey Cohen looks to set up his operations in L.A., it's up to a group of hard-nosed LAPD cops to take him down. A dangerous man is trying to run the City of Angels. Regular cops can't stop him -- L.A. needs the right cops.