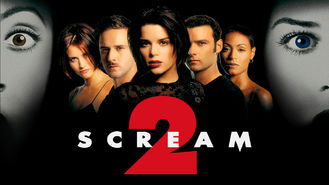 Not in Philippines but still want to watch Scream 2?
No Problem!

Gale has written a best-seller which has been turned into a film. As the movie premiere looms closer, the mysterious deaths begin again. The survivors from the first film go to college. Guess who tags along with them. Murder can really mess up your GPA.