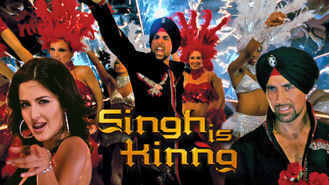 Not in Philippines but still want to watch Singh Is Kinng?
No Problem!

When a crazy turn of events places a kindhearted bumbler in charge of a mighty underworld gang, he tries using his new power for good. A well-meaning klutz takes charge of a gang of thugs and finds them lawful jobs. But will virtue or vice rule the day?