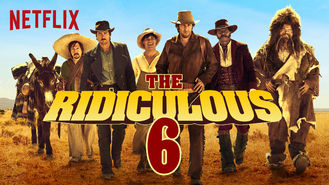 Not in Philippines but still want to watch The Ridiculous 6?
No Problem!

When his outlaw dad is kidnapped, Tommy “White Knife” Stockburn sets off across the West on a rescue mission with five brothers he never knew he had. They're brothers from a bunch of mothers. And they have some questions for their dad. But first they have to save him.