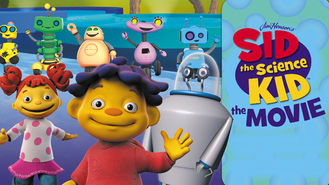 Not in Philippines but still want to watch Sid the Science Kid: The Movie?
No Problem!

Sid the Science Kid: The Movie

When a robot tour guide goes berserk in a museum, it's up to inquisitive Sid and his young scientist pals to track down the wayward android. The whiz kid wins a visit to a new science museum. He didn't expect a futuristic robot to be running amok!