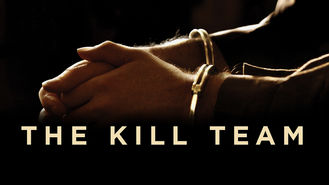 Not in Philippines but still want to watch The Kill Team?
No Problem!

This jarring documentary spotlights the 2010 killings of Afghani civilians by U.S. troops, and the fate of one GI who tried to expose the crimes. An American soldier abroad finds out the hard way that war criminals don't care for whistleblowers.