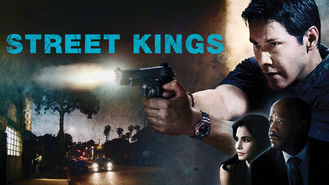 Not in Philippines but still want to watch Street Kings?
No Problem!

Still reeling from the death of his wife, Los Angeles detective Tom Ludlow is devastated when he's named as a suspect in the murder of his partner. Conspiracy, murder and frame-up: The world wants to bring one cop down hard. So he does what the best do: He hits back.