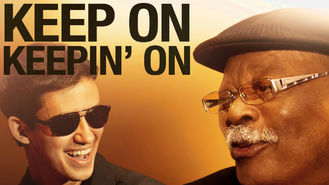 Not in Philippines but still want to watch Keep on Keepin' On?
No Problem!

Keep on Keepin' On

This documentary follows aging jazz legend Clark Terry as he guides young jazz pianist Justin Kauflin through preparations for a big competition. Clark Terry's trumpet and flugelhorn riffs were legendary. Mentoring an aspiring jazz pianist is as moving as his music.