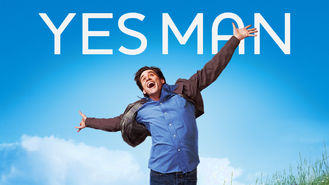 Not in Philippines but still want to watch Yes Man?
No Problem!

After a bitter divorce, a bank drone falls under the sway of a self-help guru who urges him to say yes to everything that comes his way for a year. Up until now, life was one big "no." Expanding his vocabulary was the best thing that ever happened to him.