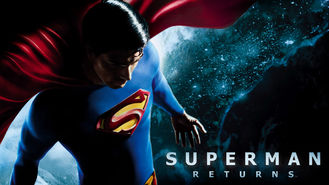 Not in Philippines but still want to watch Superman Returns?
No Problem!

When Superman returns to Metropolis, he finds that Lois Lane has moved on to another man and Lex Luthor is developing a new plan to rule the world. His home away from home isn't the same. But some things never change: The love of his life and his nemesis still remain.