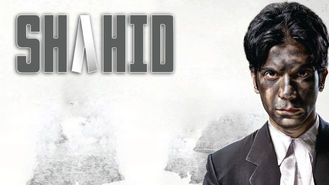 Not in Philippines but still want to watch Shahid?
No Problem!

This biopic tells the story of Shahid Azmi, a lawyer and human rights activist who risked his own life to defend accused bomber Fahim Ansari. From presumed terrorist to criminal lawyer. This defender of justice protects those society has already written off.