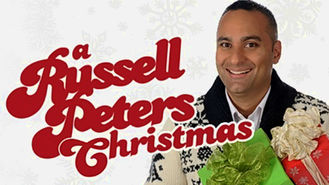 Not in Philippines but still want to watch A Russell Peters Christmas?
No Problem!

Inspired by the variety shows of the 1970s, "A Russell Peters Christmas" is a sweet, silly, sentimental and, most of all, funny Christmas special.