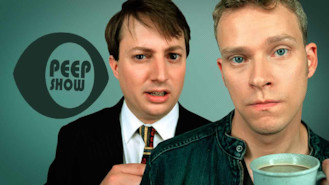 Not in Philippines but still want to watch Peep Show?
No Problem!

Thrown out by his girlfriend, slacker Jeremy moves in with his friend Mark, who has a very different -- but still dysfunctional -- view of the world. These guys are different, but one thing they do have in common is that they're totally hopeless in dating and life.