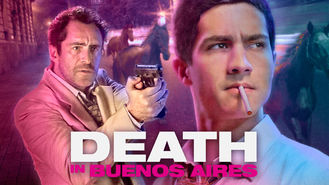 Not in Philippines but still want to watch Muerte en Buenos Aires?
No Problem!

Placed in charge of a high-society murder case in 1980s Argentina, a veteran cop is partnered with a handsome rookie who becomes his right-hand man. Tackling a murder case and scandal, this cop can't afford to let desire and jealousy get in his way.