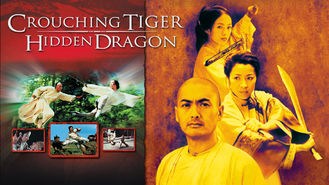 Not in Philippines but still want to watch Crouching Tiger, Hidden Dragon?
No Problem!

A young woman in ancient China longs for an adventurous life rather than a dull arranged marriage in Ang Lee's Oscar-winning martial arts epic. These warriors rise to the occasion in more ways than one. They take the fight to the roof and treetops.