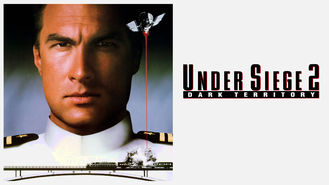 Not in Philippines but still want to watch Under Siege 2: Dark Territory?
No Problem!

Now-retired counterterrorist Casey Ryback and his niece are on a westbound train when it's overrun by a psycho who aims to level the Eastern seaboard. He left a counterterrorism career to relax, but a supervillain just jacked his vacation train. So much for retirement.