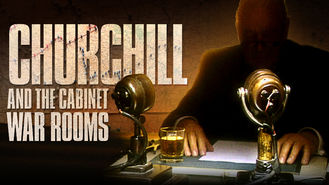 Not in Philippines but still want to watch Churchill and the Cabinet War Rooms?
No Problem!

Churchill and the Cabinet War Rooms

This documentary explores the top secret underground bunkers from which Winston Churchill led Britain during the darkest days of World War II. Bombs rain on London. From secret subterranean bunkers, a bullheaded prime minister runs a war and inspires a nation.