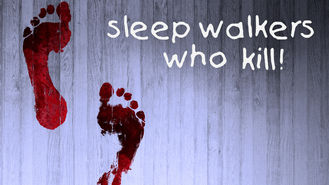 Not in Philippines but still want to watch Sleepwalkers Who Kill?
No Problem!

This documentary takes a serious look at a rare medical and legal condition that has turned ordinary people who sleepwalk into unwitting killers. They can't even remember how it happened. But sleep turned into deadly nightmares, for their victims and themselves.