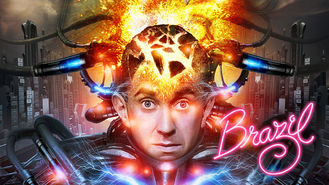 Not in Philippines but still want to watch Brazil?
No Problem!

This dark comedy set in an Orwellian future follows a distracted civil servant who, through bureaucratic errors, is mistaken as an enemy of the state. He's a lowly clerk in a dystopian society. The last things he expected were to fall in love and become a wanted man.