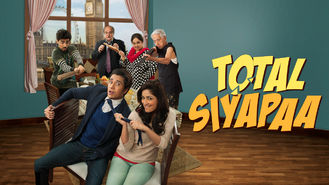 Not in Philippines but still want to watch Total Siyappa?
No Problem!

A young musician hopes to marry his beautiful Indian girlfriend, but his plans hit a snag when her family learns he's Pakistani. Cultural differences? She knows that true love can conquer all. But try telling that to her family ...