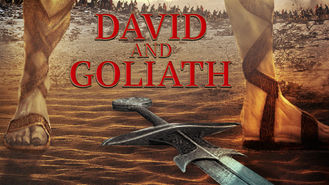 Not in Philippines but still want to watch David and Goliath?
No Problem!

While the army of Israel cowers before the taunts of Philistine giant Goliath, young shepherd David finds the courage and faith to meet him in combat. Against a vast enemy, they didn't stand a chance. Till one underdog rose to the challenge. This is how history is made.