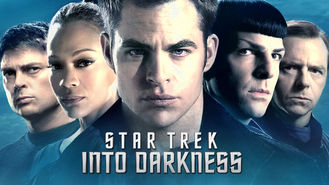 Not in Philippines but still want to watch Star Trek Into Darkness?
No Problem!

The "Star Trek" reboot continues with this action sequel that finds Kirk and Spock fighting a terrorist threat to Starfleet aided by an unlikely ally. The Enterprise crew faces one of their most dangerous, powerful and legendary villains. But is he their true enemy?