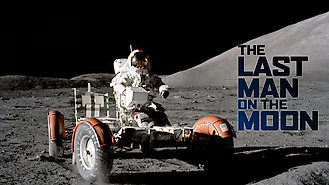 Not in Philippines but still want to watch The Last Man on the Moon?
No Problem!

The Last Man on the Moon

Astronaut Gene Cernan looks back on the exciting history of NASA's lunar landings and how being the last man to stand on the moon changed his life. A dozen people have walked on the moon. Everyone knows the first. But the last could tell you quite a story.