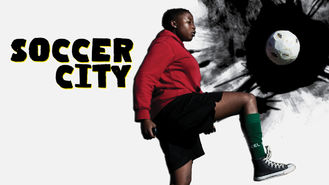 Not in Philippines but still want to watch Soccer City?
No Problem!

As South Africa hosts its first World Cup, five local soccer players reflect on the sport's cultural significance in their struggling township. The legacy of apartheid still looms large in this neighborhood. But soccer unites the community and ignites dreams.