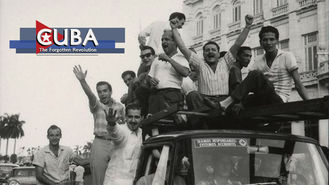 Not in Philippines but still want to watch Cuba: The Forgotten Revolution?
No Problem!

This documentary examines the role that revolutionaries Frank País and José Antonio Echeverría played in the overthrow of dictator Fulgencio Batista. Their story was erased from history, but these Cuban revolutionaries gave their lives for a cause.