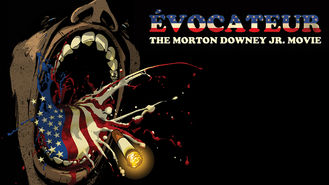 Not in Philippines but still want to watch Évocateur: The Morton Downey Jr. Movie?
No Problem!

Rude, crude and polarizing, Morton Downey Jr. was the profane right-wing prince of talk show hosts during his brief heyday in the late 1980s. He could be explosive, offensive and downright loud, but one thing's for sure -- he was always himself.